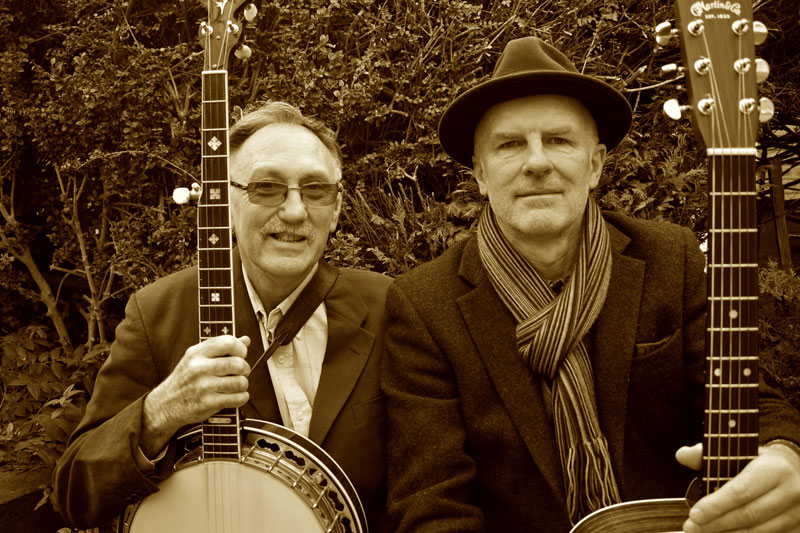 Banjo Bounce are Rick and Richard playing as a duo. Rick is a talented Guitarist influenced by Doc Watson and Tony Rice, his vocal prowess also enables him to do solo gigs.
Richard Holland plays banjo and is well known on the Bluegrass festival circuit. Many hours of playing in different venues has given them a large repertoire, they both play in the band North Drive and they can often be found around the Winchester venues. Rick and Richard can both be found in Contraband - another Southampton based band. Richard can also be seen playing with Blossom Hill, a Bluegrass band based in Farnborough.